Milkweed, the only food source for monarch caterpillars, was frequently contaminated.

PORTLAND, Ore.; August 31, 2022---A new study released in Biological Conservation found harmful levels of pesticides in milkweed plants purchased from retail nurseries across the United States. Pesticides were found in all plants tested, raising alarms for monarch conservation efforts that rely on planting milkweed sourced from commercial nurseries. Fortunately, the limited residues on some plants indicated that it’s possible to grow milkweed in a pollinator-friendly manner.

Milkweed is the only food source for monarch caterpillars and thus critical for their survival. People who want to support monarchs often buy and plant milkweed. Researchers gathered 235 milkweed leaf samples from retail nurseries across 15 states and tested them for pesticides. A total of 61 different pesticides were found, with an average of 12 per plant and as many as 28 per plant.

"In a previous study, we had looked at a small number of plants from retail nurseries, and found that they contained pesticides," said Matt Forister, a professor at the University of Nevada, Reno, and coauthor of the paper, "So we were prepared for this much larger sample of nursery plants to again uncover contamination, but it was surprising to see the great diversity of pesticides found in these plants. In many ways, they are as contaminated or even worse than plants growing on the edges of agricultural fields. That was a surprise, at least to me."

Only 9 of the 61 chemicals found have been tested to understand their effects on monarchs, which means the researchers couldn’t fully assess the toxic load carried by these plants. Still, 38% of the samples had residue levels that could harm monarchs’ ability to migrate and forage, primarily due to high levels of fungicides. Fungicides have generally been overlooked as an issue for insect conservation efforts.

Plants labeled “wildlife-friendly” from stores and nurseries included in the study did not have fewer pesticides in or on the leaves of the milkweed plants. In some cases, plants with wildlife labels had more harmful pesticide residues.

The study’s findings highlight the need for nurseries to ensure that plants being sold as pollinator-friendly are also pollinator-safe.

“This study provides a great starting point to help ensure the growing number of pollinator-gardens are of the highest quality possible,” said Aimee Code, Pesticide Program Director at the Xerces Society for Invertebrate Conservation. “Everyone can take steps to address the risks we uncovered. Consumers can let their nurseries know they want plants that are free from harmful pesticides. Nursery outlets can talk with their suppliers and encourage safer practices, and government agencies can improve oversight.”

While this study focused on milkweed, the host plant of monarch butterflies, researchers caution that similar contamination could be present on other important plants that butterflies and pollinators need to survive.

“It’s important to keep gardening for pollinators for the long term," said Code. "Just take steps to reduce pesticide exposure: cover new plants the first year, water heavily, discard the soil before planting, as it may be contaminated, and avoid pesticide use.”

Monarch butterflies are widely celebrated, not least along the California coast, where large congregations of western monarchs overwinter in groves of trees. Over the last few decades, western monarch numbers have plummeted from millions in the 1980s to as few as 1,800 individuals, although this winter fortunately recorded a population increase. If that positive trend continues, with time the population could be brought back to former healthy levels.

Declines in the population of monarch butterflies have been linked to various causes, including habitat loss and degradation, pesticide use, and climate change. While pesticide use has been associated with declines, studies have not previously attempted to quantify the residues that are found on retail milkweed plants.

ABOUT THE XERCES SOCIETY FOR INVERTEBRATE CONSERVATION

The Xerces Society is a nonprofit organization that protects the natural world by conserving invertebrates and their habitat. Established in 1971, the Society is a trusted source for science-based information and advice and plays a leading role in promoting the conservation of pollinators and many other invertebrates. We collaborate with people and institutions at all levels and our work to protect bees, butterflies and other pollinators encompasses all landscapes. Our team draws together experts from the fields of habitat restoration, entomology, plant ecology, education, farming and conservation biology with a single passion: Protecting the life that sustains us.

The following images are released for media use. 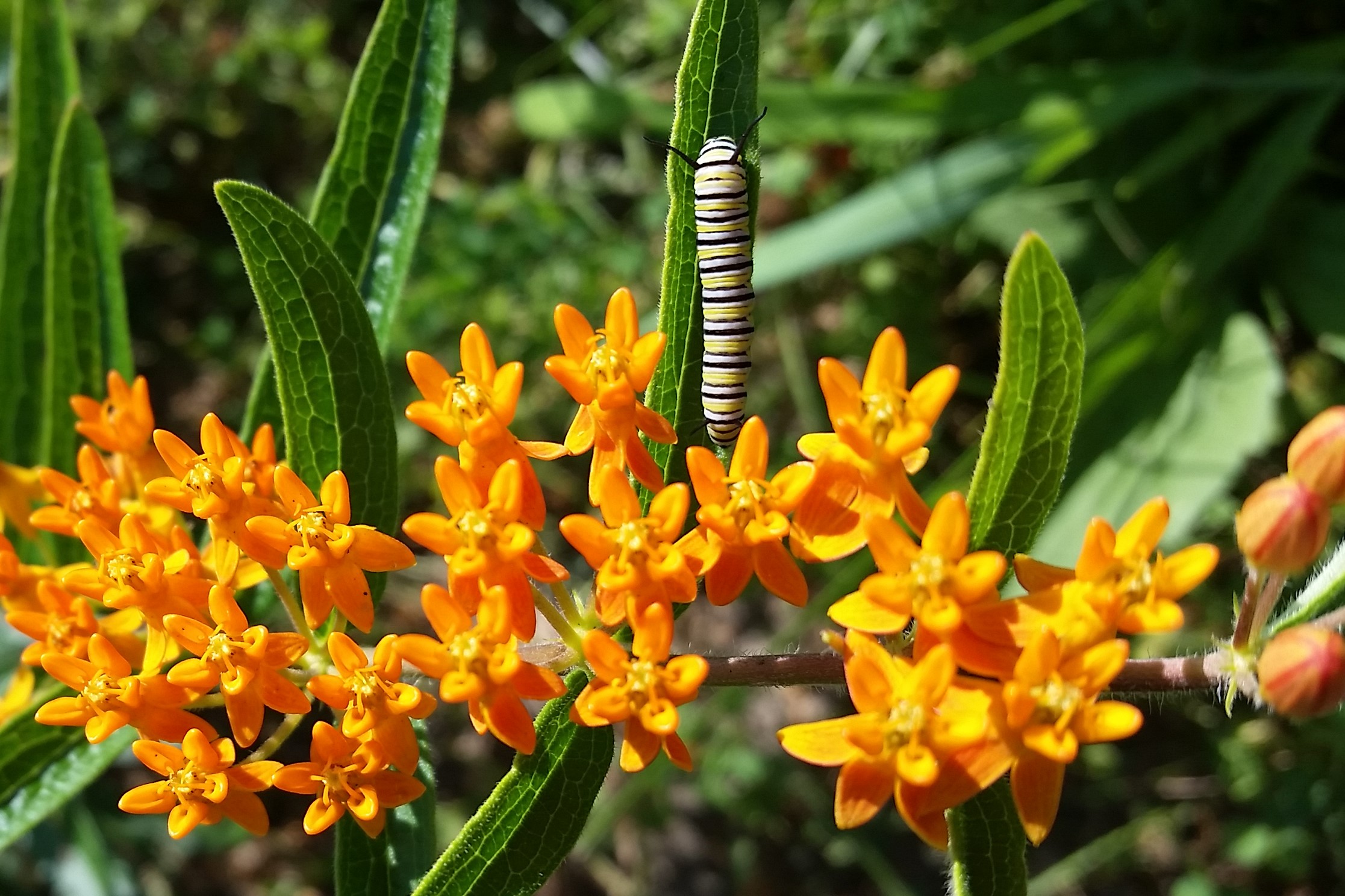 On September 21, 2022, in a major victory for California’s native bees, California’s Supreme Court denied review of a petition filed by a consortium of agricultural and pesticide interests that sought to appeal a lower court decision that determined that four species of imperiled native bumble bees are eligible for protection under the California Endangered Species Act (CESA). These four species – the western, Franklin’s, Suckley cuckoo, and Crotch’s bumble bee – have declined extensively from their historic ranges and urgently need the protection that CESA can provide in order to stave off extinction.
September 15, 2022

More Than One Million Save the Bees with Bee City USA

It is no secret that pollinators like bees and butterflies have been facing numerous threats, including habitat loss and pesticide use. Yet for more than one million participants in the nationwide Bee City USA program have taken the pollinators’ plight as an opportunity to get to work.
August 31, 2022

A new study released in Biological Conservation found harmful levels of pesticides in milkweed plants purchased from retail nurseries across the United States. Pesticides were found in all plants tested, raising alarms for monarch conservation efforts that rely on planting milkweed sourced from commercial nurseries. Fortunately, the limited residues on some plants indicated that it’s possible to grow milkweed in a pollinator-friendly manner.