More than 50,000 bumble bees died when 55 blooming linden trees were sprayed with the pesticide dinotefuran (also known as Safari).

On June 17, 2013, the largest native bee kill ever recorded occurred in Wilsonville, Oregon. More than 50,000 bumble bees died when 55 blooming linden trees were sprayed with the pesticide dinotefuran (also known as Safari) in a Target parking lot. This loss represents potentially hundreds of wild bumble bee colonies. Incidents like this one can easily go unnoticed, especially when poisonings occur in agricultural fields or natural areas, and may be happening frequently.

Originally, Xerces scientists responded to telephone calls from concerned citizens and after visiting the parking lot, reported the incident to the Oregon Department of Agriculture (ODA). ODA lab tests confirmed that the deaths were caused by dinotefuran, which was applied to the blooming linden trees to control aphids, whose honeydew was dripping on cars below.

This incident received a great deal of media coverage (links to “media coverage” section farther down page) in newspapers and on television and radio in Oregon and further afield, in part because it occurred during National Pollinator Week. In another unfortunate coincidence, the product applied to the linden trees, Safari, is manufactured by a company that sponsors National Pollinator Week.

Dinotefuran is one of a group of insecticides called neonicotinoids. These are systemic chemicals, meaning they are absorbed into plant tissue, making the plant itself toxic to insects. They are very long-lasting, and because they can be present in the pollen and nectar, they can be highly toxic to bees. Neonicotinoids are implicated in bee die-offs the world over. The European Union has banned certain uses of neonicotinoids for the next two years due to risks to pollinators.

Sadly, as is often the case, it takes a tragedy to push forward change. Progress to prevent future bee kills has been made since June. The Oregon Department of Agriculture declared a 180-day ban on the use of dinotefuran in that state, and at a national level, the Saving America’s Pollinators Act (link to press release) was introduced into the United States Congress. This act suspends certain uses of neonicotinoids, providing a time-out for these insecticides until the Environmental Protection Agency (which regulates pesticide use in the United States) can determine whether they are safe to use on crops that are visited by bees. Xerces scientists helped write the act, which Representatives Earl Blumenauer and John Conyers introduced into Congress in July.

In urban areas, pesticides are used primarily for cosmetic purposes—to have a weed-free lawn, a blemish-free rose, or an aphid-free linden tree. The risk of losing valuable pollinators, such as bees, far outweighs any benefit from this type of cosmetic use.

To learn more about the events in Wilsonville and what you can do to help pollinators, please see the links below.

Many of you have contacted us outraged over the mass killing of bumble bees from pesticide poisoning in Wilsonville, OR. You have the power to protect bumble bees and other pollinators from pesticides. Click here to find out how!

The following photographs were taken by Rich Hatfield on June 17, 2013 outside of the Wilsonville, OR Target. All photos © Xerces Society / Rich Hatfield. 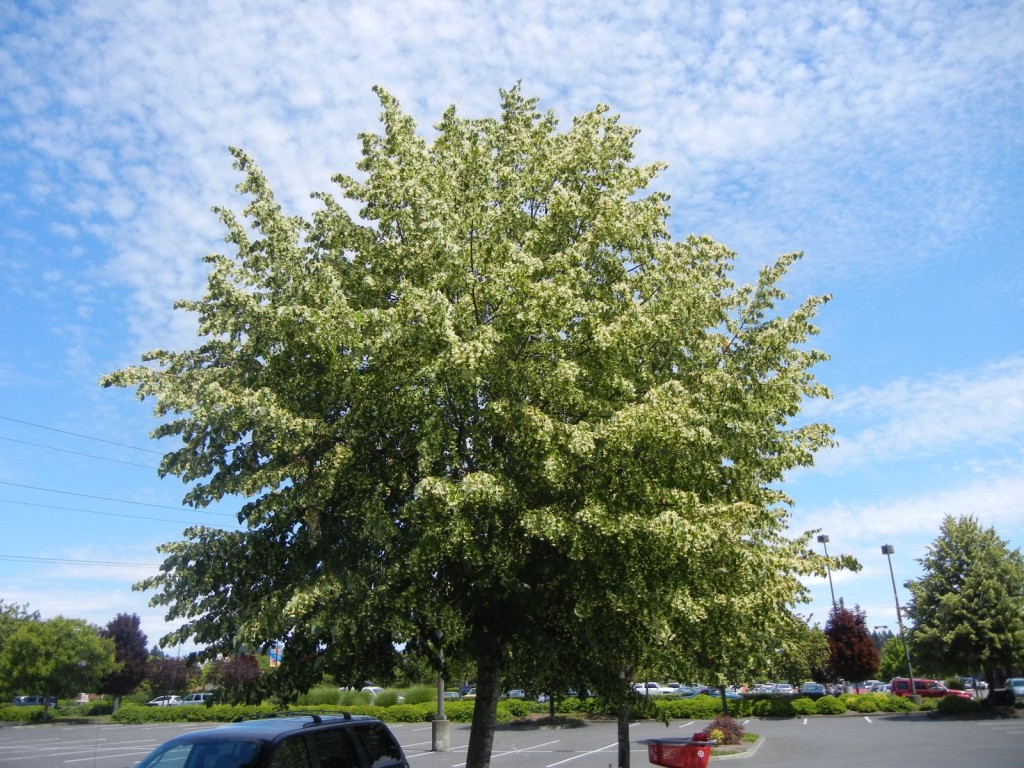