Conserving the Jewels of the Night

Guidelines for Protecting Fireflies in the United States and Canada 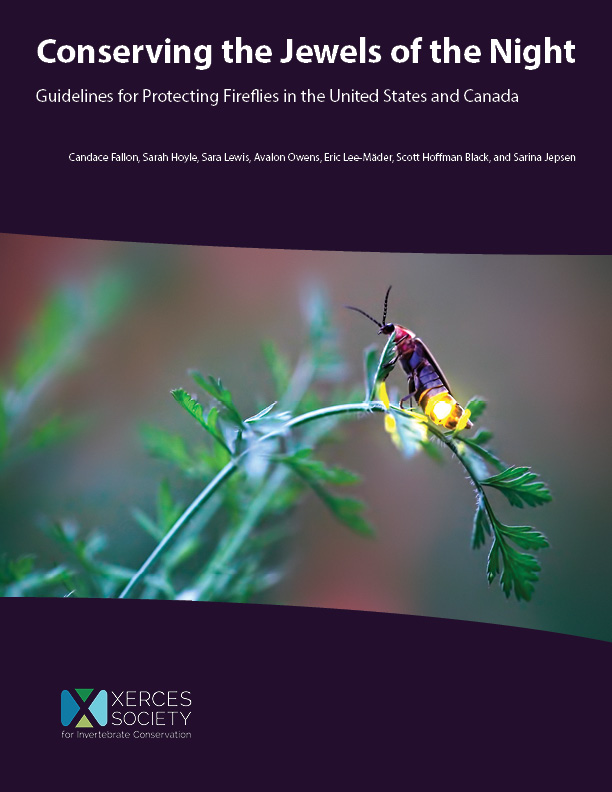 Fireflies are some of our most celebrated insects. They have immense cultural, biological, and economic importance and are important components of natural ecosystems. Their public appeal also makes them ideal flagship species for conservation.

Fireflies are not flies but actually beetles in the family Lampyridae. They are found all over the world, on every continent except Antarctica, living in temperate and tropical areas. More than two thousand species have been described, with nearly 170 in the United States and Canada. More species are being discovered and described each year. At the same time, firefly populations appear to be in decline. Recent news articles carry headlines such as “Firefly Populations Are Blinking Out” and “Are Fewer Fireflies Lighting Up the Skies?” While long-term monitoring studies of fireflies are sparse, a growing number of anecdotal reports, backed by expert opinion, suggest that fireflies are indeed declining. This concern gains greater significance in light of numerous diversity, abundance, and biomass studies that have emerged in recent years documenting severe population declines in better-studied insect groups. We need to study firefly populations more closely to fully understand their plight and ensure conservation efforts are effective.

The causes of these reported declines are not well known, but may well include some combination of habitat degradation and loss, light pollution, pesticide use, climate change, and introduced species. Tourism increases in places where fireflies flash in synchrony may also be contributing to local declines. Regardless of the specific reasons, researchers agree that protecting, restoring, and enhancing firefly habitat is one of the best ways to conserve their populations. In addition, collecting baseline data on firefly populations and distributions will contribute to a better understanding of their conservation status.

In this document, we outline the importance of fireflies and describe their life histories and threats to their populations. We then provide steps you can take to create and manage habitat, influence policies that benefit fireflies and their habitats, and raise awareness of this special group of beetles. We also provide a summary of the firefly genera found in the United States and Canada (Appendix A) and a list of resources for learning more (Appendix B). Throughout, you will find short case studies and examples of people doing more to help fireflies, which we hope will inspire you to take action in your own way.