Equally at home paddling a kayak through aquatic habitats as she is studying the life within these vital ecosystems, Michele supports critical conservation initiatives of Xerces’ Endangered Species Program. On a local level, Michele provides research and mapping support to inform conservation programs for at-risk invertebrates, including freshwater snails, caddisflies, mayflies, and stoneflies in Oregon, Washington, and California. She conducts surveys for rare butterflies and monitors pollinator diversity at restoration sites in the Pacific Northwest.

Previously, Michele managed a non-profit conservation program in Florida to protect endangered and threatened marine species. Michele has worked in Oregon with The Nature Conservancy to restore critical habitat for sensitive invertebrates and provide research to support freshwater conservation initiatives throughout the state. With a bachelor's degree in biology and a master's degree in marine biology and marine environmental science, she is interested in continuing to advocate for the conservation and protection of vulnerable species and the critical habitats they depend on.

Recent Posts by this author 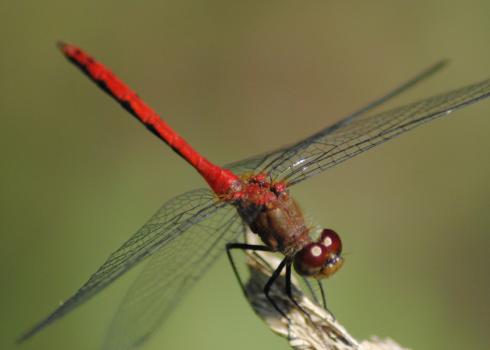 ID Dragonflies and Locate Hotspots with the Dragonfly ID App!