SACRAMENTO, Calif.; January 28, 2020—Xerces Society for Invertebrate Conservation, Defenders of Wildlife and the Center for Food Safety (“Pollinator Petitioners”) filed a motion to intervene in litigation over the California Fish and Game Commission’s June 2019 decision to list Franklin’s, Suckley cuckoo, Crotch's and western bumble bees (“California Native Bees”) as candidate species under the California Endangered Species Act (CESA). The Pollinator Petitioners are seeking to join in litigation to defend the Fish and Game Commission from a challenge contending that California Native Bees cannot be listed under CESA.

Bumble bees are integral to the healthy functioning of California ecosystems and farming systems, but many species have been in decline for years due to land use change, pesticide overuse and disease spread by commercially reared bumble bees.  A United Nations report found that pollinators vital to our food supply are under threat and that more than 40% of species may be at risk of extinction. One out of every three bites of food is dependent on pollinators such as bees.

“The state of California has shown real leadership in protecting its vulnerable native bees,” said Sarina Jepsen, director of the Xerces Society’s endangered species program and coauthor of the petition. “Conserving native pollinators will benefit both agriculture and native ecosystems.”

Strong scientific evidence shows that several bumble bee species in California are imperiled and in need of immediate conservation attention. From the flower fields of the Carrizo Plain to the montane meadows of the Sierra Nevada, bees are essential to maintaining our native ecosystems as well as the reproduction of many of California’s specialty crops. Conserving native pollinators within the state is paramount to maintaining the state’s natural heritage, as recognized in California’s Biodiversity Initiative, which calls for fallowed agricultural land to be transformed into habitat for bees, creating a “pollinator highway” across the state.

“If California is going to play a part in saving our biodiversity and stopping the current extinction crisis, we must be able to protect all species, including these bees, under the California Endangered Species Act,” stated Kim Delfino, California Program Director for Defenders of Wildlife. “Current regulations have proven insufficient to reverse the sharp decline in native bee populations and protection under CESA is the last line of defense if we hope to keep these four bee species from going extinct.”

Protecting these species of pollinating bees will help to maintain the healthy ecosystems that make California such a remarkable and productive state. More than 80% of all terrestrial plant species require an animal pollinator (usually an insect) to reproduce. About one-third of food production depends on pollinators, and 75% of all fruits and vegetables produce higher yields when visited by pollinators. California accounts for more than 13% of the nation’s total agricultural value and safeguarding the state’s pollinators is an important component of protecting California’s agricultural legacy.

“The Fish and Game Commission recognized the importance of our native pollinator species to our state’s agriculture production and ecosystem when it decided to list these California native bees as candidate species under the State’s Endangered Species Act,” said Rebecca Spector, West Coast Director at Center for Food Safety. “Defending the Commission’s decision so that the Commission may carry out its legal duties is critical to ensuring a healthy future for our state’s agriculture and environment.”

The Pollinator Petitioners contend that the Fish and Game Commission has clear legal authority under CESA to place insects on the California Endangered Species List. There is also strong scientific support that these four bee species meet the requirements for listing. Under the current regulatory timeline, the Commission is likely to make a final decision to place these four species on the endangered species list this year, making these bees the first invertebrate pollinators placed on the state endangered species list. Placement on the endangered species list will protect these native species from ‘take’, including activities that could cause them to go extinct, and will allow for additional conservation measures to be implemented. Efforts are already underway to restore habitat for bees on farms and in cities throughout California. An increased investment in pollinator habitat, along with protection from insecticides and pathogens, will be required to prevent these bumble bees from going extinct.

The following images are available for media use. Species and photo credits listed under each image. Please email [email protected] if you require a different size or format. 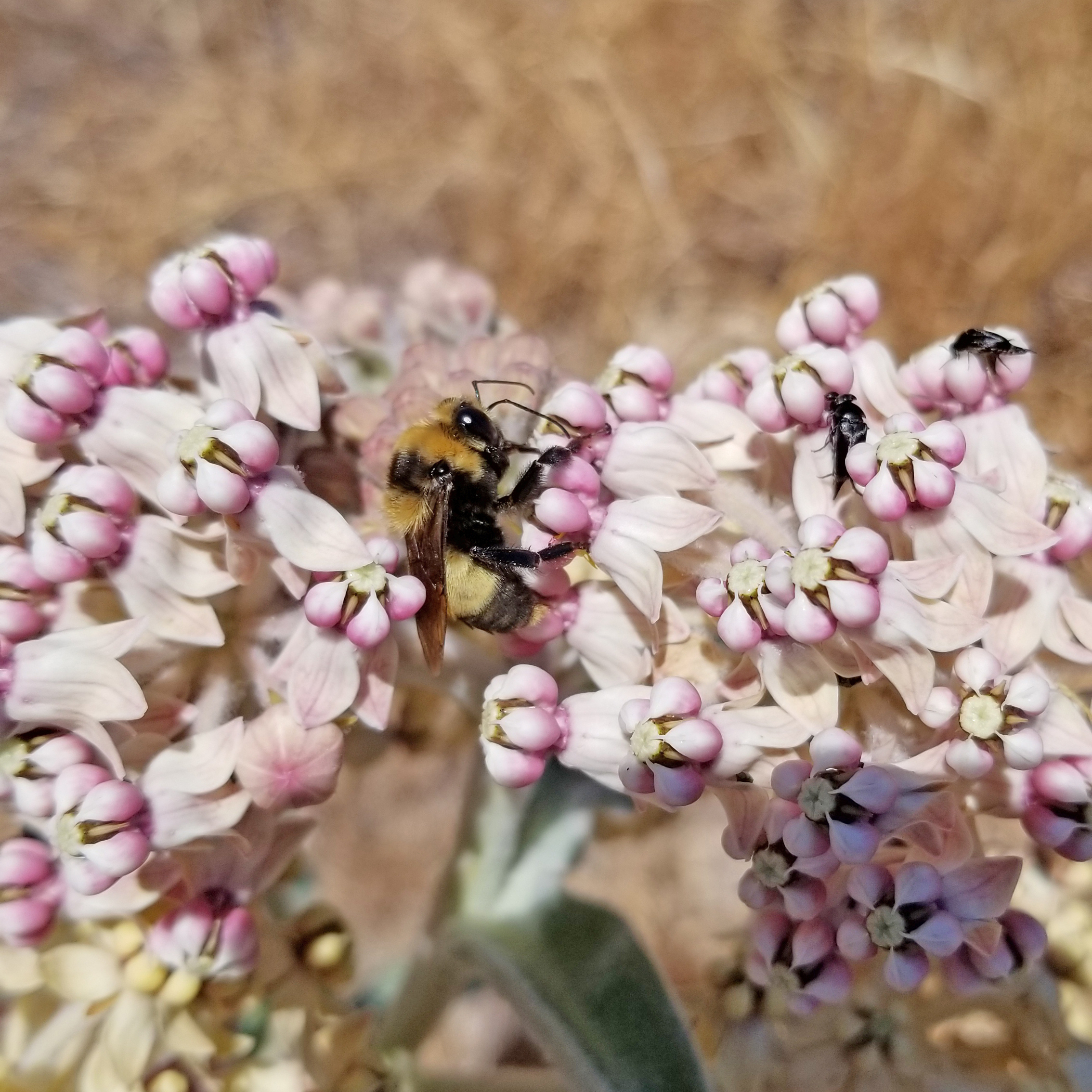 ABOUT THE XERCES SOCIETY FOR INVERTEBRATE CONSERVATION

The Xerces Society is a nonprofit organization that protects wildlife through the conservation of invertebrates and their habitat. Established in 1971, the Society is a trusted source for science-based information and advice. We collaborate with people and institutions at all levels and our work to protect pollinators encompasses all landscapes. Our team draws together experts from the fields of habitat restoration, entomology, botany and conservation biology with a single passion: protecting the life that sustains us. To learn more about our work, please visit xerces.org or follow us @xercessociety on Twitter, Facebook or Instagram.

ABOUT DEFENDERS OF WILDLIFE

Defenders of Wildlife is dedicated to the protection of all native animals and plants in their natural communities. With over 1.8 million members and activists, Defenders of Wildlife is a leading advocate for innovative solutions to safeguard our wildlife heritage for generations to come. For more information, visit Defenders.org/newsroom and follow us on Twitter @Defenders.

ABOUT CENTER FOR FOOD SAFETY

Center for Food Safety’s mission is to empower people, support farmers and protect the earth from the harmful impacts of industrial agriculture. Through groundbreaking legal, scientific and grassroots action, we protect and promote your right to safe food and the environment. Please join our more than 950,000 advocates across the country at www.centerforfoodsafety.org. Twitter: @CFSTrueFood, @CFS_Press​

On Thursday, July 7, 2022, a consortium of agricultural and pesticide interests filed a petition for review with the California Supreme Court seeking to appeal a recent, unanimous ruling by California’s Third District Court of Appeal that determined that four species of imperiled native bumble bees are eligible for protection under the California Endangered Species Act. California cannot maintain its exceptional biodiversity or sustain its agricultural system without protecting its native pollinators. Protecting at-risk insect species in California will help ensure that insects can continue to provide these vital ecosystem services.
June 07, 2022

Bee City USA and Bee Campus USA reached a new milestone this June, surpassing more than 300 communities across the nation dedicated to improving their neighborhoods for pollinators. The program’s primary focus on creating habitat will support native bees like bumble bees, sweat bees, and mason bees, while also benefiting honey bees, monarch butterflies, hummingbirds, and a host of other wildlife.
May 31, 2022

The Xerces Society and Center for Biological Diversity sued the federal Animal and Plant Health Inspection Service today over its program allowing insecticide spraying on millions of acres in 17 western states. Federal regulators have failed to properly assess the broad environmental impacts of the spraying, as required by the National Environmental Policy Act, according to the conservation groups.