Sowing Uncertainty: What We Do and Don’t Know about the Planting of Pesticide-Treated Seed

The lack of data on pesticide-coated seed compromises our ability to make informed decisions about pesticide risk.

When I was young, I enjoyed jigsaw puzzles. There was something so satisfying about putting the pieces together to create a beautiful picture. That same fascination with puzzles serves me well in my work with the Xerces Society, as I often piece together scientific research on pesticides to craft conservation solutions.

Unfortunately, the increased use of seeds coated with pesticides, alongside data collection that does not capture such use, has led to significant gaps in our knowledge. Much like a jigsaw puzzle lacking the border pieces—which act as a framework to build from—the lack of data on pesticide-coated seed compromises our ability to make informed decisions about pesticide risk.

So when I was offered the opportunity to join a group writing an article about what we do and don’t know about the use of pesticide-coated seed, I jumped right in. Sowing Uncertainty is the culmination of that effort.

While the data is sparse, seed treatment use has increased in major field crops over the last several decades. In fact, the data indicates that each year millions of pounds of pesticides are being used across the country on over a hundred millions acres. Yet this use is not captured by government or proprietary data sources.

One of the main companies that offer pesticide use data is the global marketing and research firm Kynetec. A number of federal agencies, including the U.S. Environmental Protection Agency (EPA), purchase pesticide use data from Kynetec. But Kynetec stopped providing any data on the planting of seeds coated with pesticides after 2014. They cite farmer uncertainty as a main reason for discontinuing the data collection.

Corroborating Kynetec’s claim, we found that a fairly large portion of farmers seem to be in the dark about the pesticides that coat the seeds they plant. For example, 32% of soybean growers surveyed by the U.S. Department of Agriculture (USDA) in 2018 indicated that they did not know their treated seeds contained pesticides, or which pesticide it contained. In fact, only 84% of cotton growers, 65% of corn growers, 62% of soybean growers, 57% of winter wheat growers, and 43% of spring wheat growers provided the name of the seed treatment product used on their crops.

In contrast, farmers are very knowledgeable about the pesticides that they applied directly to crops in the field. Further review of USDA agricultural surveys show that 97-99% of farmers could name the field-applied pesticide(s) used on their cotton, corn, wheat, or soybean crops.

The challenges of not having data on pesticide-coated seed was evident earlier this year when EPA released risk assessments for neonicotinoid insecticides. After noting that seed treatments were the largest agricultural uses for the neonicotinoids clothianidin, imidacloprid and thiamethoxam, EPA revealed that seed treatment data after 2014 was not available.

Similarly, state-level pollinator health efforts have been hindered by the paucity of data on pesticide-coated seed. Xerces staff sit on state task forces in both Minnesota and Washington. Neither group has been able to determine appropriate actions in response to potential risks from treated seed because they lack basic data about use.

While we’re struggling to determine appropriate responses, data about the risk of treated seed is mounting. Research has linked the use of neonicotinoid seed treatments with contamination of rivers and streams as well as widespread contamination of pollinator habitat. Furthermore, the planting of coated seed has caused numerous bee kills.

How can our federal and state agencies make informed recommendations to limit risk when we don’t have data on where, when or in what quantities these pesticides are being used?

Sowing Uncertainty also touches on other parts of the coated seed issue including that farmers lacking choice around what pesticides are or are not put on the seeds they buy and that there has been consolidation between pesticide and seed manufacturers.

As we put together this puzzle, one thing is definitely clear: The tracking of pesticide use needs to catch up with current pesticide use practices. EPA should require that pesticide-coated seed be tracked along with other pesticide uses, USDA should expand seed treatment questions in their agricultural surveys, and states should maintain strong Extension systems. With increased knowledge, we can continue to build effective and well-informed conservation programs.

You can read the news release here. 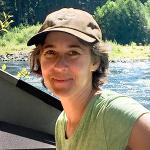 Aimée Code joined the Xerces Society in 2013 to direct its new pesticide program. In that role, she has built a program focused on securing practices and policies that promote ecologically sound pest management. She and her staff evaluate the risks of pesticides, develop technical guidance, and advocate for actions that reduce reliance on and risks of pesticide use in both urban and agricultural settings. Aimée received her master's of science in environmental health with a minor in toxicology from Oregon State University.