California is poised to restrict the use of neonicotinoids—some of the most pollinator-toxic insecticides in use. Yet, a closer look at the narrow proposal, which focuses solely on managed pollinators, casts doubt on the value of the proposed regulations. In response, the Xerces Society is asking the state to take into account the significant risks these chemicals also pose to bumble bees, monarch butterflies, and other beneficial insects at risk of extinction.

Every time I drive across California’s Central Valley, I look out at the miles and miles of almond trees and begin to wonder just how much of our state’s agriculture benefits from the native pollinators that often go unnoticed. Then, since I work on pesticide policy, I inevitably think about how much we still need to do to protect these essential pollinators from pesticide risk in our urban and agricultural landscapes. Sometimes it feels daunting, but there are glimmers of hope for these critical species. 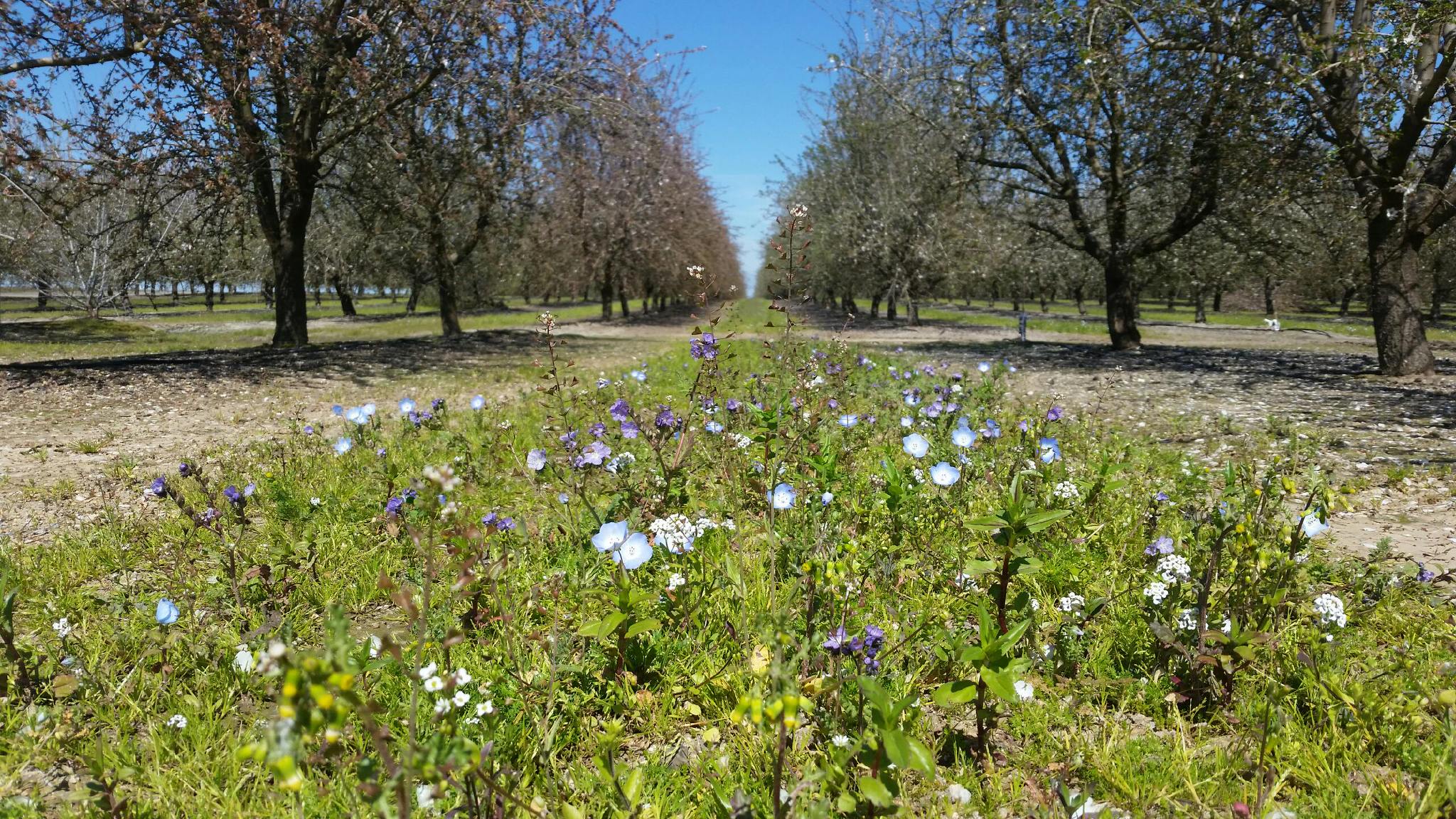 Xerces works with farmers throughout California to create habitat to support native pollinators, such as this cover crop in an almond orchard. Protecting these pollinators from neonicotinoids is critical to their survival. (Photo: Xerces Society / Jessa Kay Cruz)

For the last decade, California’s Department of Pesticide Regulation (DPR) has been reviewing how neonicotinoid insecticides (neonics) are used in the state and how they impact pollinators. During this time, Xerces has been urging DPR to ensure protections for native pollinators, aquatic invertebrates, and the state’s diverse ecosystems. 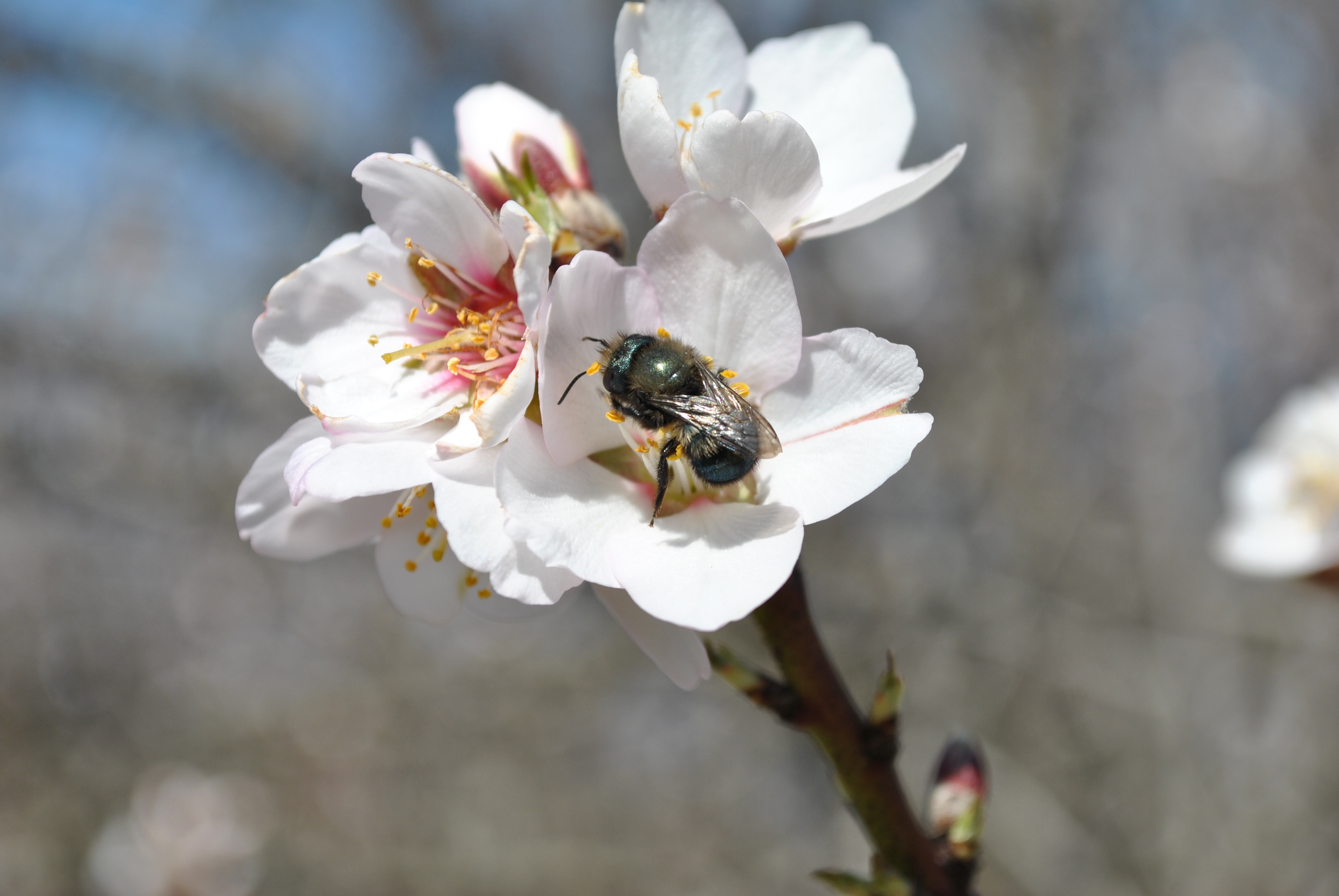 While the proposed mitigation covers most agricultural uses of neonics, it has a major blind spot: neonicotinoid-treated seed. Neonics are systemic (absorbed by the plant) and they are often applied to seeds before they are sown, so that the growing plant takes up the pesticide. California regulations have a loophole that excludes this type of insecticide use from regulation, leaving a large gap in the effectiveness of the proposed mitigation measures. A recent report published by the Natural Resources Defense Council (NRDC) estimated that over half a million pounds of neonics could be applied in California as seed treatments each year—potentially more than all other reported uses of neonics in the state. Xerces joined NRDC and a coalition of health and environmental groups to call on DPR to regulate insecticide-treated seed as pesticides. We believe that there is no reason that a major use of insecticides should fall outside of California’s pesticide regulatory system: treated seed should be included in the state’s efforts to protect pollinators from neonicotinoids. 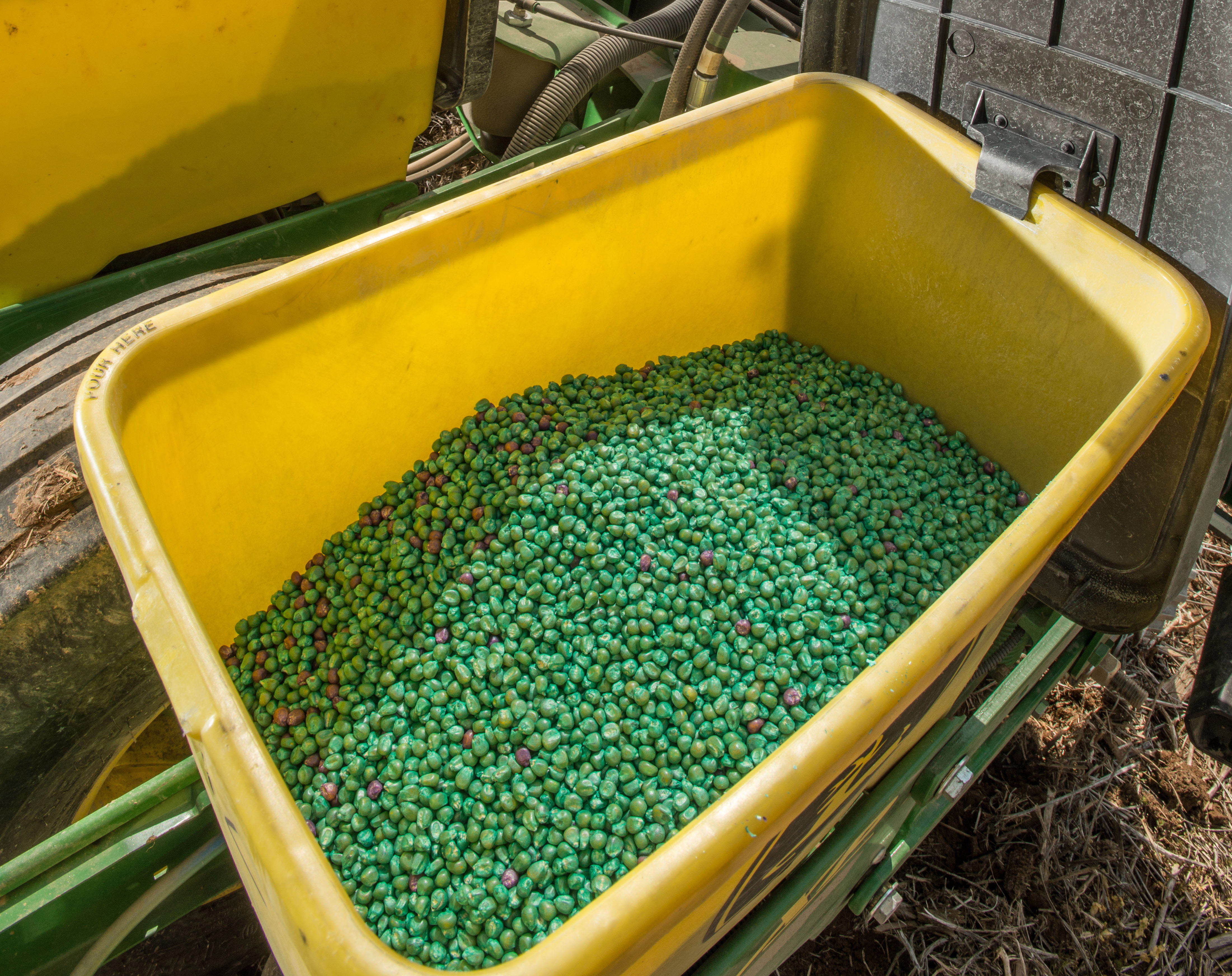 Increasingly, crops are planted with seed coated in neonicotinoids, which are not currently regulated by California, and thus, not included in the state's proposed neonicotinoid mitigation measures. (Seed coatings are colored; here, they make the seed bright green and pink.) (Photo: USDA-NRCS / Lance Cheung.)

Thus far, the state has focused their efforts on risks from agricultural uses to pollinators, but neonics are frequently used in non-agricultural landscapes as well. Neonic uses in landscaping and ornamental plants expose pollinators to risk, which cannot be ignored. Contamination is also a major issue for aquatic ecosystems. Monitoring of California’s waterways shows significant neonic contamination in rivers, creeks, and ditches in agricultural and urban areas throughout the state, which can impact the aquatic invertebrates that act as food for birds, fish, and other wildlife. We are asking the state to broaden their assessment to consider non-agricultural risks to pollinators, as well as the impacts to waterways from all uses of neonics.

Neonicotinoid insecticides are widely used in gardens and other urban landscapes. Combined with agricultural use, they contaminate California’s waterways. (Photo: Downtowngal, Wikimedia Commons.)

We appreciate that California is stepping up to restrict neonicotinoid use; DPR’s proposal goes further to protect pollinators than any other state or even federal regulations. However, the mitigation must go beyond the risks to managed pollinators. This narrow outlook not only fails to address broader ecological impacts, it also runs the risk of simply trading one risk for another rather than identifying sound solutions. It is important that DPR takes its proposal a step further and strengthens the mitigation measures so that they protect native pollinators and our diverse ecosystems—and we’ll continue pushing the department to do that.

Take a deep dive into the topic with the report Neonicotinoids in California’s Surface Waters: A Preliminary Review of Potential Risk to Aquatic Invertebrates

Learn about Reducing Pesticide Use & Impacts 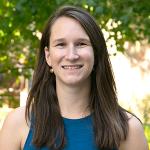