Firefly Watch: Mass Audubon has teamed up with researchers from Tufts University to track firefly populations and determine if they are growing or shrinking, and what could lead to changes in their populations. Participants commit to spending at least 10 minutes once a week during firefly season observing fireflies in one location in North America. For those wanting to take a deeper dive, Firefly Watch Pro may be for you.

Western Firefly Project: The Natural History Museum of Utah is working with researchers at Brigham Young University to collect information on the firefly genus Pyractomena and investigate this group’s phylogenetic relationships and population genetics. Community scientists can contribute to this effort by submitting observations of flashing fireflies from Utah and other western states.

Atlanta Firefly Project: Community scientists in Atlanta are tracking firefly occupancy and abundance in residential yards and parks across the metro Atlanta area. The project works to analyze these observations against vegetation and nighttime light satellite imagery to understand the distribution of fireflies across an urban landscape. Whether or not you have fireflies at home, volunteers are asked to monitor where they live twice in both June and July.

Southwestern Firefly Finder: Fireflies are a rare sight in the Southwest US and northern Mexico. Help researchers better understand the distribution limits of these elusive beetles.

Light up West Virgina: Learn about synchronous fireflies in the Mountain State of West Virginia and findings of the state-wide community science survey documenting lightningbugs.

Fireflyers International Network (FIN) on iNaturalist: FIN is an international group of firefly scientists, conservationists, and artists. Their iNaturalist project acts as an umbrella project for different firefly subprojects around the world, with members of the group working together to review and curate reports of fireflies and improve the accuracy of this important dataset.

Responding to an emergency petition filed by the Xerces Society for Invertebrate Conservation and the Center for Biological Diversity, the U.S. Fish and Wildlife Service announced a positive 90-day finding for the Bethany Beach firefly and is initiating a full status review of the species.
May 15, 2019 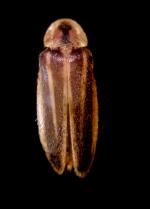 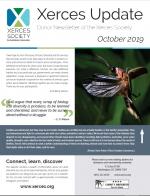