World Firefly Day will take place over the weekend of July 3 and 4. Started by the Fireflyers International Network, this annual celebration has a different theme each year, and this year’s—Watch Us, Don’t Catch Us!—is meant to shed light on the practice of commercial firefly collecting, while encouraging more sustainable ways of interacting with these amazing insects.

Firefly harvests date back to at least the 19th century, when the beautiful Genji fireflies of Japan were collected from the wild and given as gifts, released in public displays, or shipped off to larger cities. The fireflies were in such high demand that their populations were nearly wiped out altogether. Today, commercial harvesting of these fireflies is prohibited, and restoration and captive breeding programs have helped some of their numbers return. Still, it’s a cautionary tale. Will we love our fireflies to death? Even today, millions of fireflies are removed from other parts of the world and packaged as gifts or sent for release at theme parks, festivals, and other events like weddings.

Here in the U.S., fireflies were also subjected to overcollection, but for a different reason. From the mid to late 1990s, tens of millions of fireflies were collected in the Midwest for scientific supply companies, so that their light-producing enzyme, luciferase, could be harvested for scientific research. Fortunately, the development of synthetic luciferase has largely put a stop to this activity. 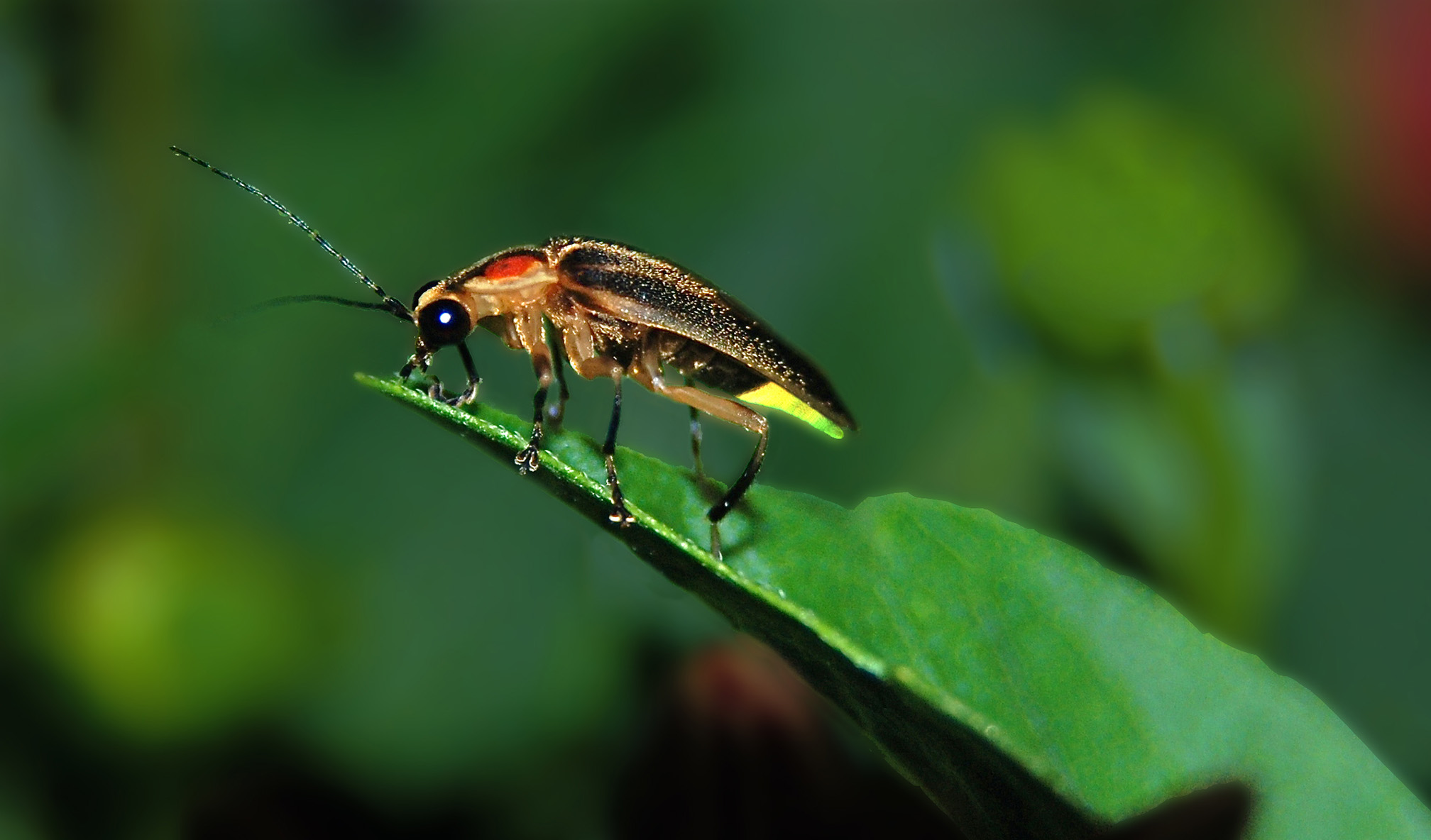 Fireflies in the Midwest were once collected in huge numbers to harvest their light-producing enzyme for scientific research. Today, scientists are working to protect them. (Photo: Warren Lynn, Flickr [CC])

Fireflies may seem abundant, but in some places their numbers are declining. In addition to the pressures that are placed on them by collecting practices, fireflies face a variety of threats such as habitat loss, light pollution, and climate change. Recent assessments of U.S. and Canadian fireflies reveal that several species are at risk of extinction, and studies in Asia and Europe have also documented declines. It’s clear that we need to make some changes if we want to keep living in a world with fireflies.

So how do we do this, especially with a burgeoning human population? In keeping with this year’s theme of Watch Us, Don’t Catch Us!, one answer may be sustainable firefly tourism. A quickly growing segment of the travel industry, firefly tourism offers visitors an opportunity to experience fireflies, but in their native habitat. Done responsibly, it can benefit not only visitors and local economies, but also the stars of the show—the fireflies themselves. A recent review of global firefly tourism provides a roadmap: start by conserving the habitats fireflies depend on, involve the local communities as stakeholders, and ensure that both tour guides and visitors are educated about fireflies and their needs.

Synchronous fireflies light up the night at a popular tourist site in Elkmont, TN. Firefly tourism is a quickly growing sector of the travel industry in the U.S. Careful management of visitors and sites is necessary to protect the fireflies themselves. (Photo: Ryan Atkinson, Flickr [CC BY-NC 2.0])

Of course, there are many other ways to appreciate fireflies without traveling elsewhere. As we move into World Firefly Day, here are a few other ideas on how to celebrate these amazing animals:

Quick read: Firefly Conservation: A Guide To Protecting The Jewels Of The Night

Learn about how you can help fireflies through community science or gardening.

Read a factsheet about firefly-friendly lighting, available in English and Spanish.

Read more about fireflies in this article from the Spring 2018 edition of our magazine, Wings.

Detailed guidance on firefly conservation: Conserving the Jewels of the Night: Guidelines for Protecting Fireflies in the United States and Canada.